Story
Will you have my star child?
The main protagonist, Itsuki Yuge, is suddenly summoned to the magical world of Granvania to save it from evil Impurities. As the savior from another world known as “God’s Gift,” Itsuki and his Star Children, born between him and the 12 Star Maidens, are the only ones capable of banishing these Impurities.

To return to his own world, he must save this one with the help of his Star Children! 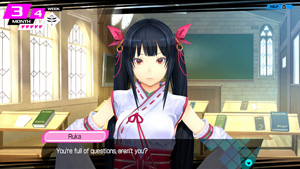 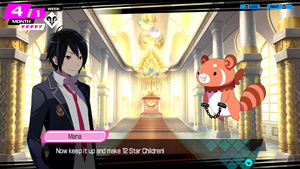 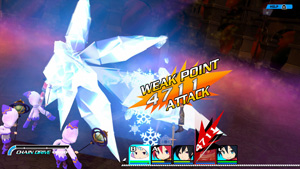 notes:
Regarding the data folder in the Conception PLUS Maidens of the Twelve Stars folder
I'll leave the decision up to you, if you want to drag the entire folder to the root game folder and overwrite everything. This will give you higher quality 1080p video rather than its default 720p.

About ConceptionPlus-Launcher.exe, there's two methods to open this properly
Method 1)

You can change the WindowMode default size by going to your Documents\My Games\ConceptionPlus and opening the settings.json in a text editor program like notepad
Adjust this section: "w":960, "h":540}}. You'll have to open the game once for the game to create it

Turn off your anti-virus program or allow exception of the crack.exe

ConceptionPlus.exe file won't open, getting Steam Error Application load error 3:000000065434
Solution: You're using the wrong exe with no crack. If by some chance you don't have it anymore drag/drop the contents in the backup zip

I'm receiving a white window when I open ConceptionPlus-Launcher.exe
Solution: You're out of luck because I ran into the same problem! Might be a Windows 7 issue or not I don't know but I can't help you further on that except this, open the Config.json file in a text editor program and manually input your commands there. Otherwise you'll have to deal with Chunsoft's shitty keyboard commands.

I've created a backup just in case if an issue arises as I've slightly changed how config.json and gamecontrollerdb.txt is viewed to make it readable. You can extract the backup to see how it originally looked.