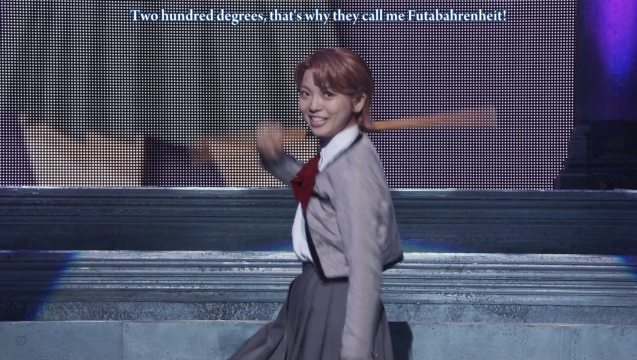 The sequel to the first Revue Starlight play, continuing the story and asking what comes after the end of a fulfilled dream. Spoilers: lots of cool songs, silly fights and some jaw-dropping acrobatics.

This play references the anime incarnation of the franchise in multiple small ways throughout and some of its concepts have been tweaked to be consistent with the anime. That said, the musical duology is, obviously, ultimately a standalone story.

That should be it – we hope you enjoy the show!

No files found? That doesn't even make sense!